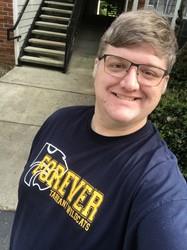 Mr. Phillips is in his 10th year of teaching. He is originally from Atmore, AL where he graduated from Escambia County High School in 1999 with an advanced diploma. Mr. Phillips is a 2003 graduate of Troy University where he played in the Sound of the South marching and concert bands and sang with the Collegiate Singers. He has graduate course work from Auburn University and a Master of Arts in Music Education from Jacksonville State University (2011). Mr. Phillips has taught band, guitar, elementary and general music, and Arts Survey. He has taught in Greenville, AL, Thomasville, AL, Ider, AL, Birmingham, AL, and Thorsby, AL before becoming a Tarrant Wildcat. He is a member of the First Baptist Church of Birmingham in Homewood, AL where he is active in the music ministry. He also performs with the University of Alabama at Birmingham's Summer Band. He is a member of Phi Mu Alpha Sinfonia, the Alabama (Tarrant) Education Association, the American Federation of Teachers (Jefferson County Local), the Alabama Bandmasters Association, and the Alabama Music Educators' Association. He has a mom and a dad, a sister, a niece, and a half-brother who he loves dearly. In his spare time, he enjoys learning new things, reading, swimming, playing board games, video games, and hanging out with friends.

Mr. Phillips is also pleased to announce that as of May 2018, Tarrant City Schools has partnered with Music for All to become a part of their I-65 Corridor project to help school systems in counties in urban areas near the I-65 corridor from Muncie, IN to Mobile, AL to improve parental involvement and their band programs.